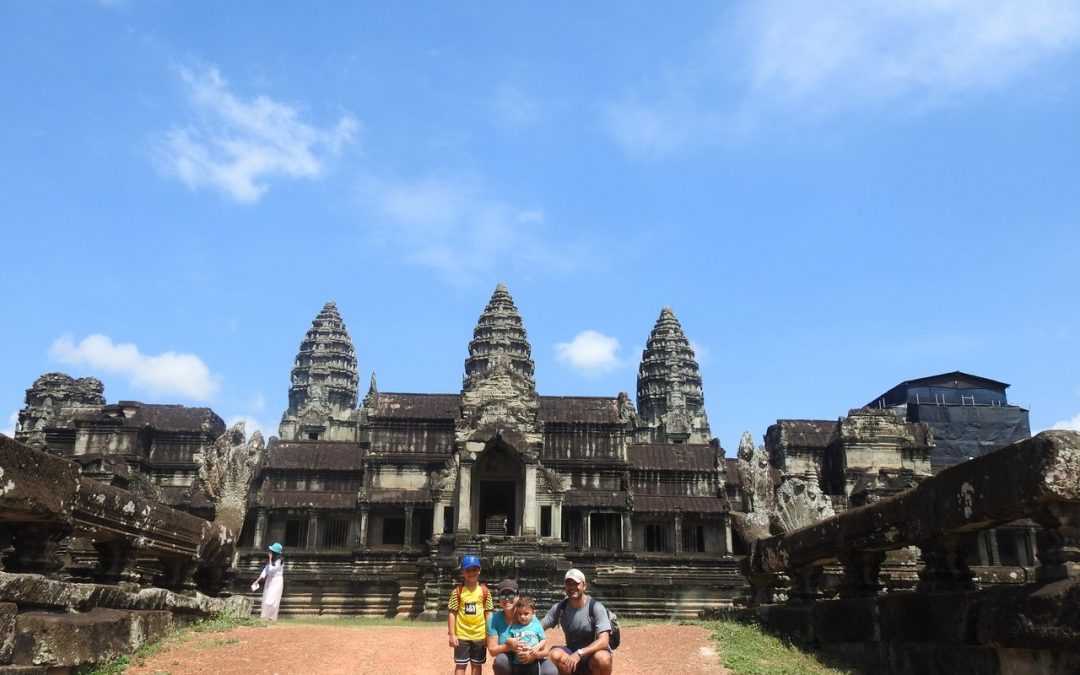 Angkor Wat is a temple complex in Cambodia and is the largest religious monument in the world,
on a site measuring 162.6 hectares (1,626,000 m2; 402 acres). Originally constructed as a Hindu temple
dedicated to the god Vishnu for the Khmer Empire by King Suryavarman II, it was gradually transformed into a Buddhist temple towards the end of the 12th century, as such, it is also described as a “Hindu-Buddhist” temple.
Angkor Wat was built at the behest of the Khmer King Suryavarman II
in the early 12th century in Yaśodharapura, present-day Angkor),
the capital of the Khmer Empire, as his state temple and eventual mausoleum.
Angkor Wat combines two basic plans of Khmer temple architecture: the temple-mountain and the later galleried temple. 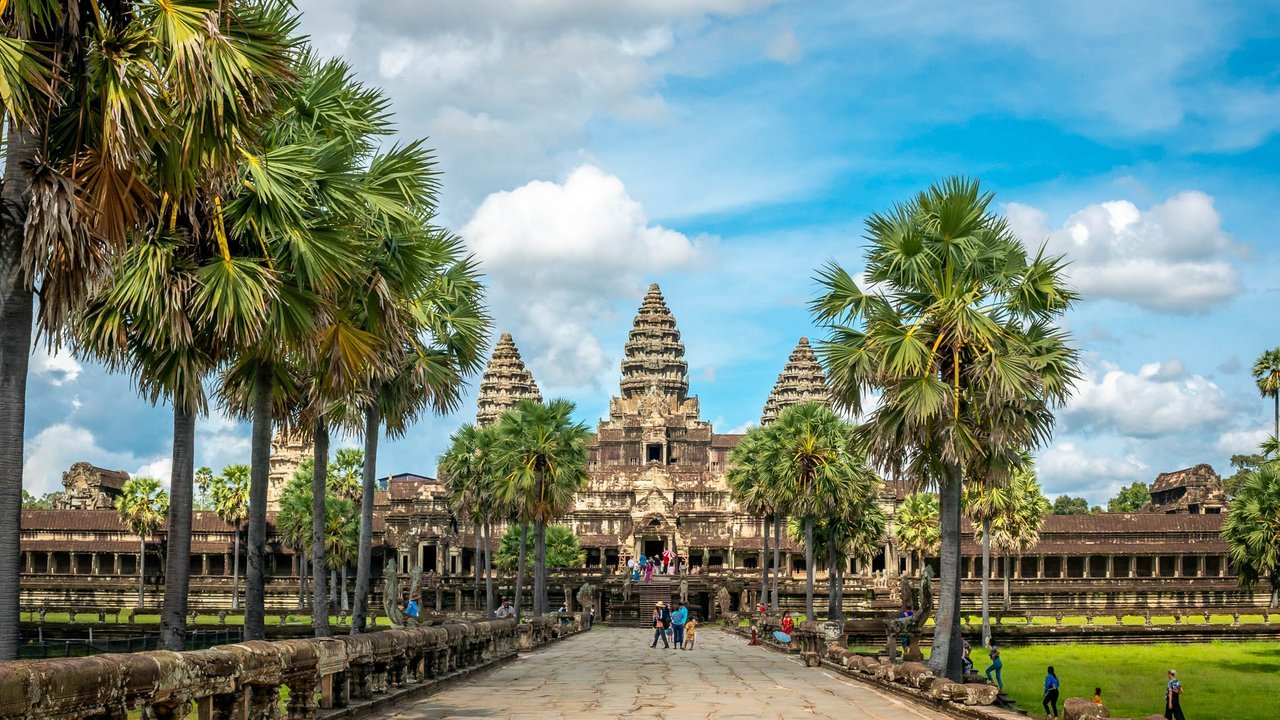 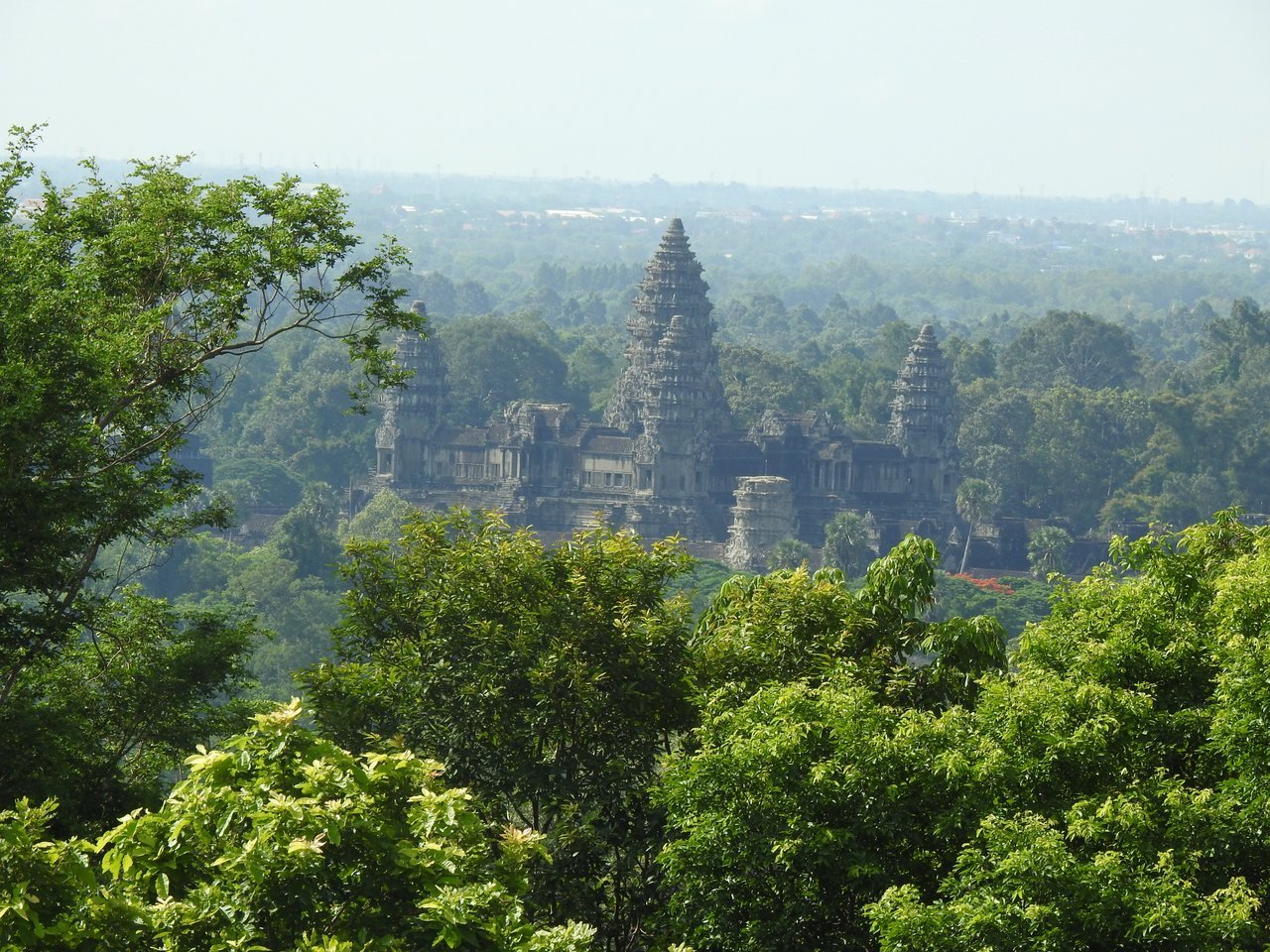