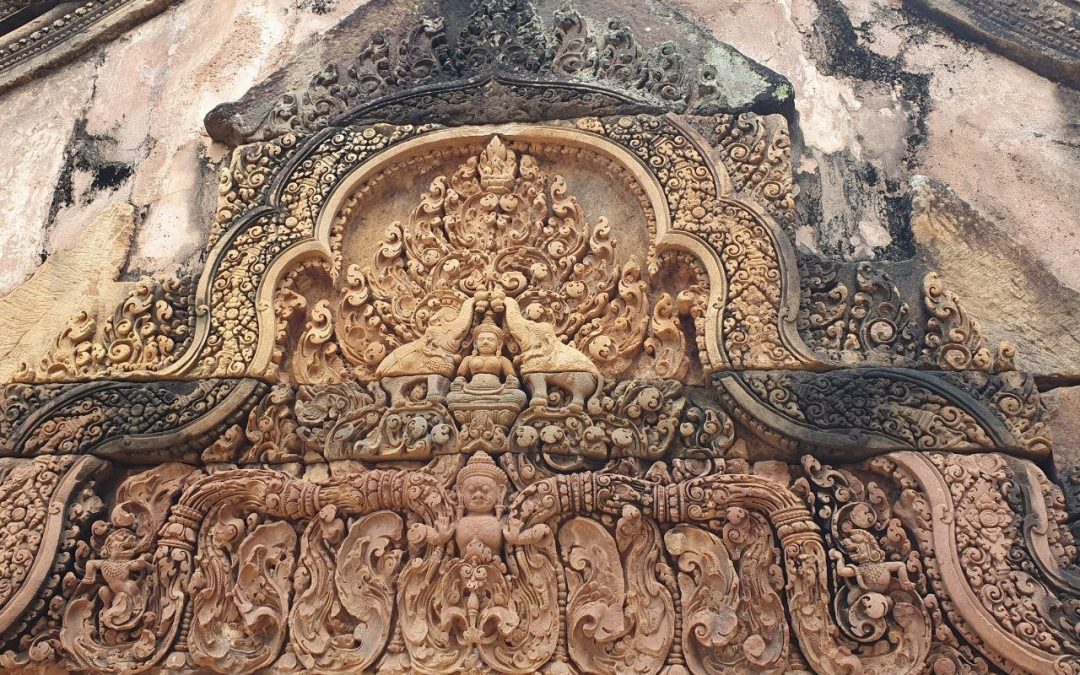 Banteay Srei temple was in a 10th-century Cambodian temple dedicated to the Hindu god Shiva which is located in the area of Angkor, it lies near the hill of Phnom Dei, about 25 km (16 mi) north-east of the main group of temples that is belonged to the medieval capitals of Yasodharapura and Angkor Thom. Banteay Srei was built largely of red sandstone, a medium that lends itself to the elaborate decorative wall carvings which are still observable today. The buildings themselves are miniature in scale, unusually so when measured by the standards of Angkorian construction. These charming carvings have made the temple extremely popular with tourists, and have led to its being widely praised as a precious gem or  the jewel of Khmer art. 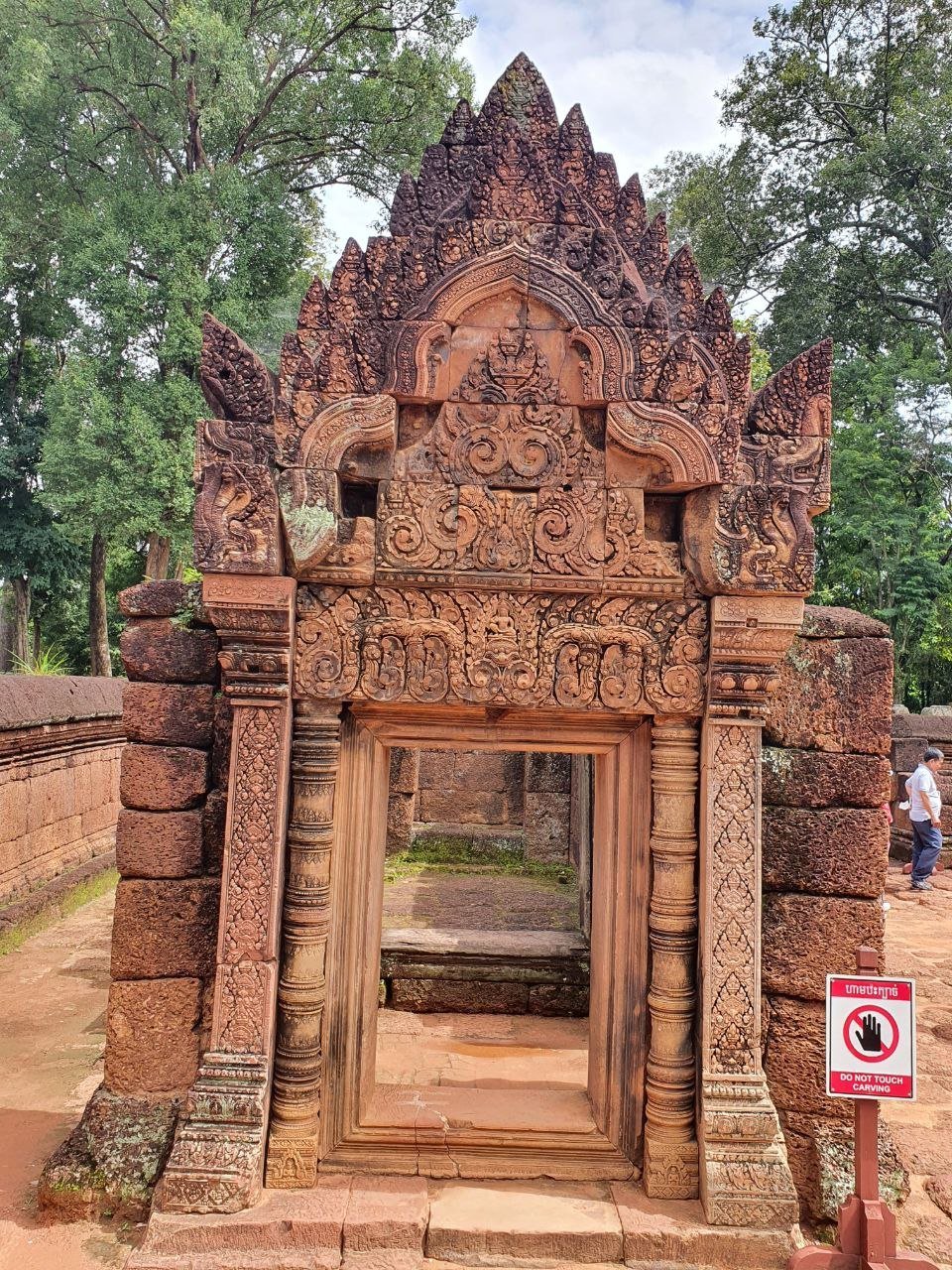