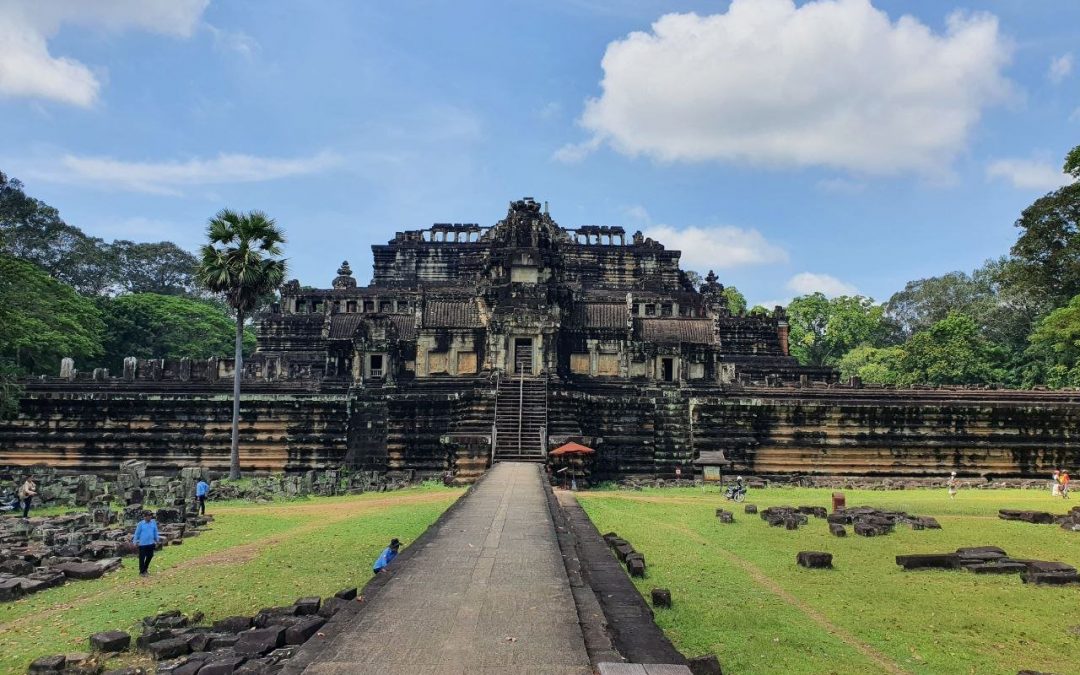 Baphoun Temple was built in the mid-11th century, there is a three-tiered temple mountain. It was built as the state temple by Udayadityavarman II and was dedicated to the Hindu God Shiva. It is the archetype of the Baphuon style with intricate carvings covering every available surface. The temple adjoining is the southern enclosure of the royal palace and measures 120 meters east-west by 100 meters north-south at its base and stands 34 meters tall without its tower, which would have made it roughly 50 meters tall. It was added the reclining Buddha on the wall at the westside after it is converted to the Buddhist religion in the 15th century. 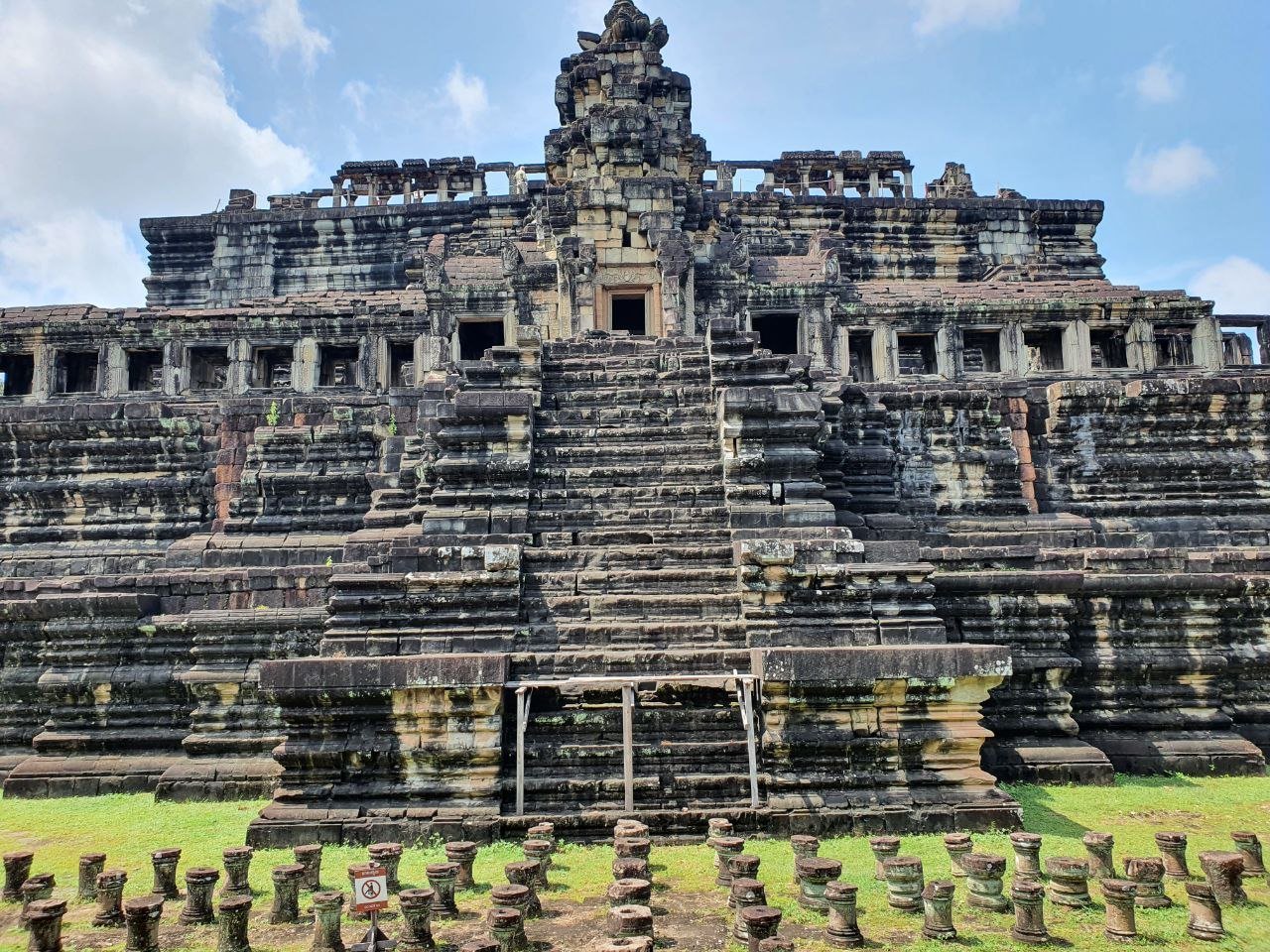 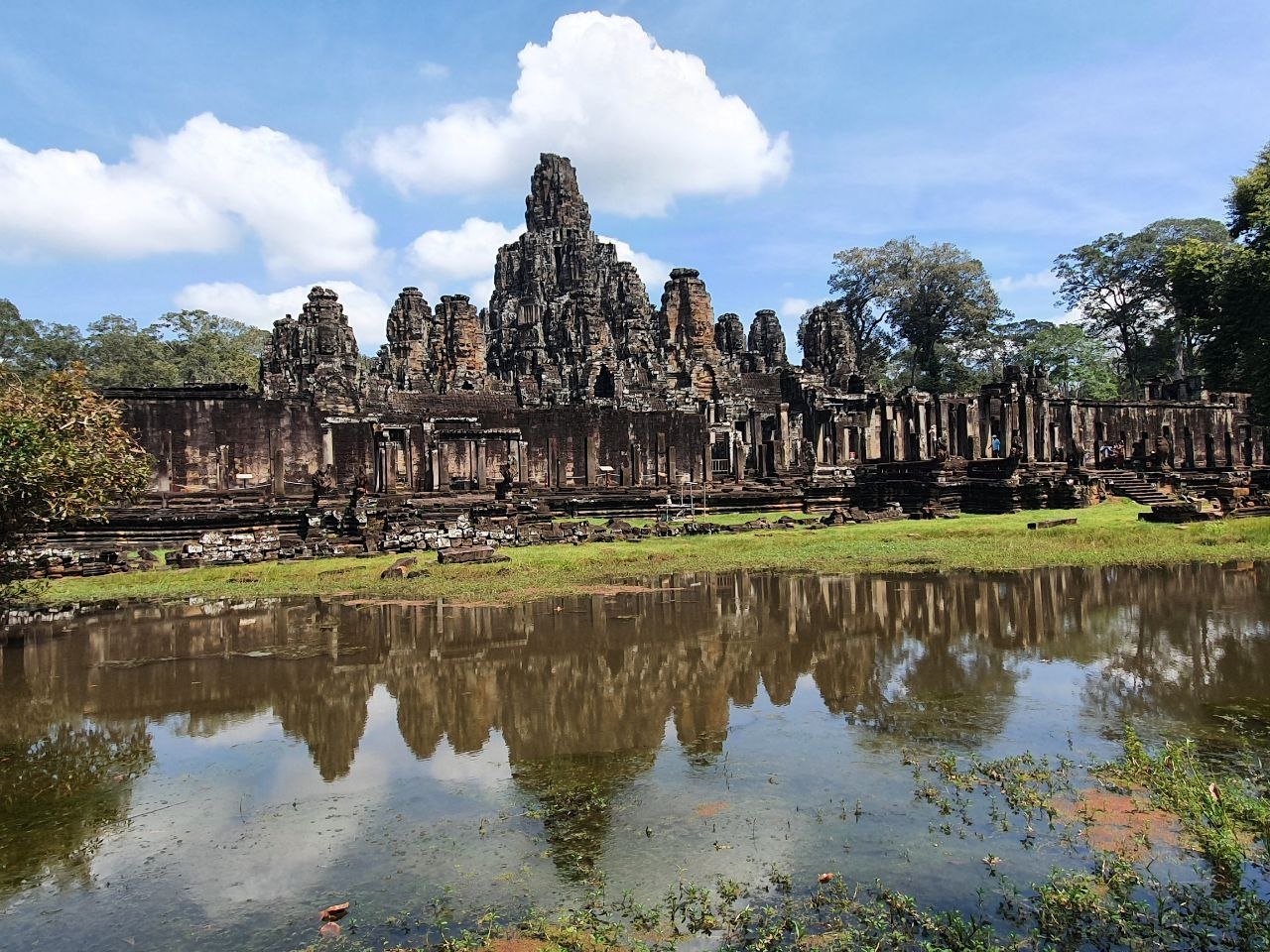