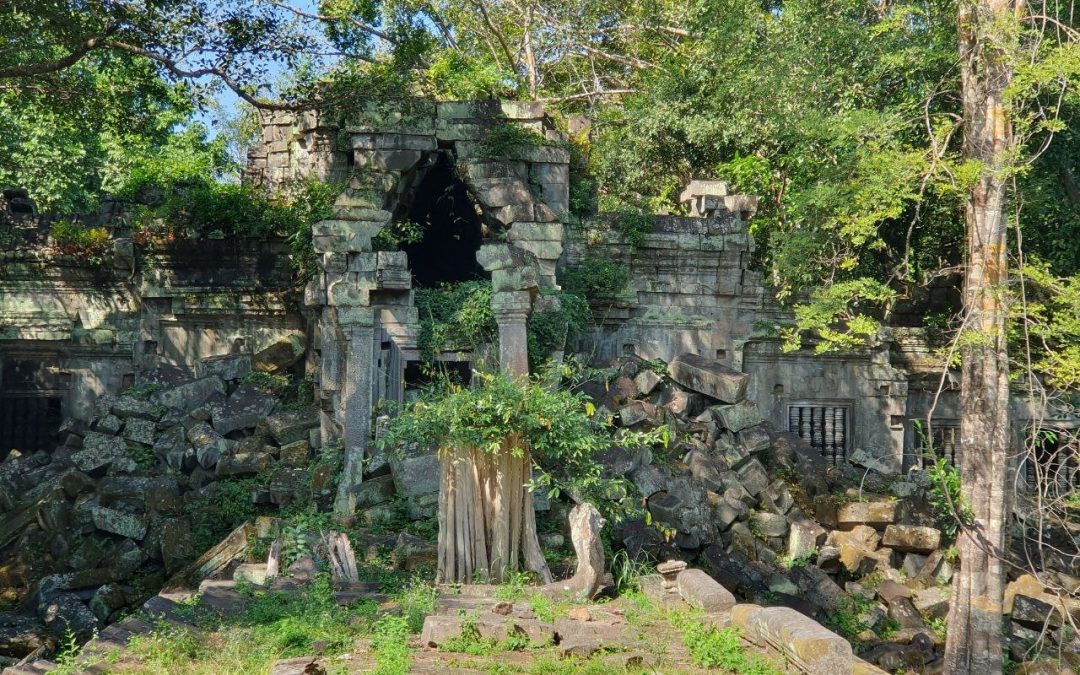 Beng Mealea temple was built by Hindu king in the 12th century, but some carvings depict Buddhist motifs. Its original material is sandstone and it has been left largely unrestored, with trees and thick brush thriving amidst its towers and courtyards and many of its stones lying in great heaps. It was difficult to reach for many years, but it has been built a pave road to the temple complex of Koh Ker passes Beng Mealea and more visitors are coming to the site, as it is 77 km from Siem Reap by road. The temple of history  is unknown and it can be built by its architectural style of Angkor Wat, Smaller in size than Angkor Wat, It is a wonderful temple in angkor, Cambodia and It was on the ancient royal highway to Preah Khan Kompong Svay. 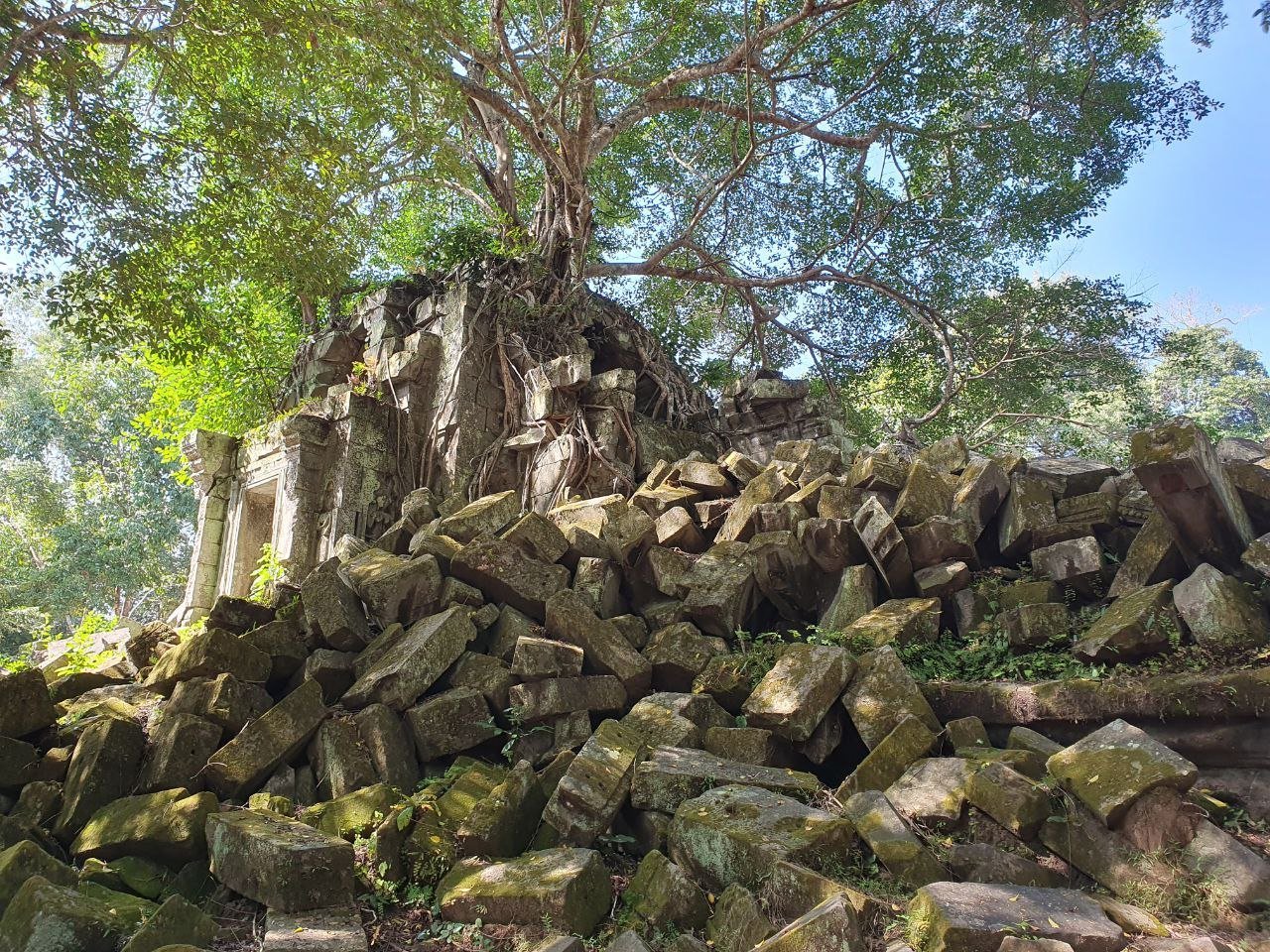 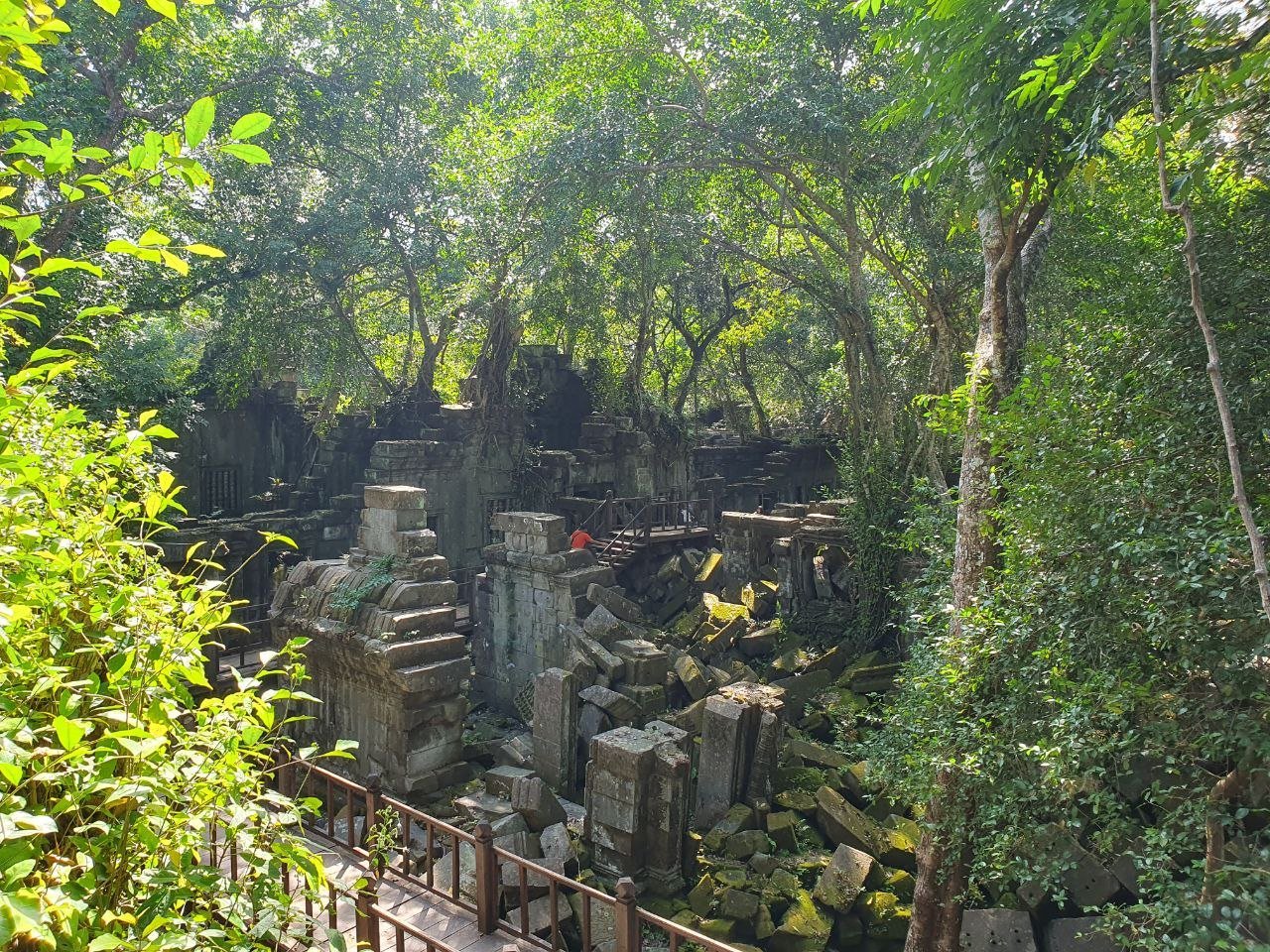