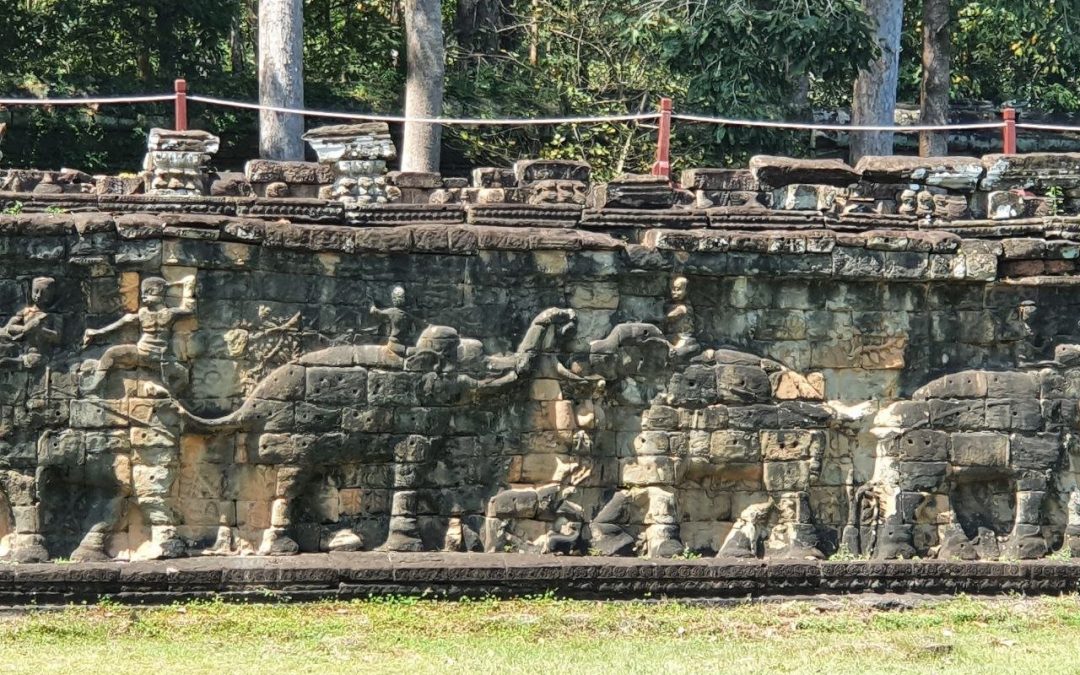 The Elephants terrace is a part of the walled city of Angkor Thom, is a ruined temple complex in Angkor area. The Elephant terrace was used by the Khmer king Jayavarman VII as a platform from which to view his victorious returning army. It was connected to the palace of Phimeanakas, of which only a few ruins remain. Most of the original structure was made of organic material and has long since disappeared. The 350m-long Terrace of Elephants was used as a huge reviewing stand for public ceremonies and served as a bas for the king’s grand audience hall. The middle section of the retaining wall is decorated with life size garuda and lions towards either end are the two parts of the famous parade of elephants complete with their Khmer mahouts. 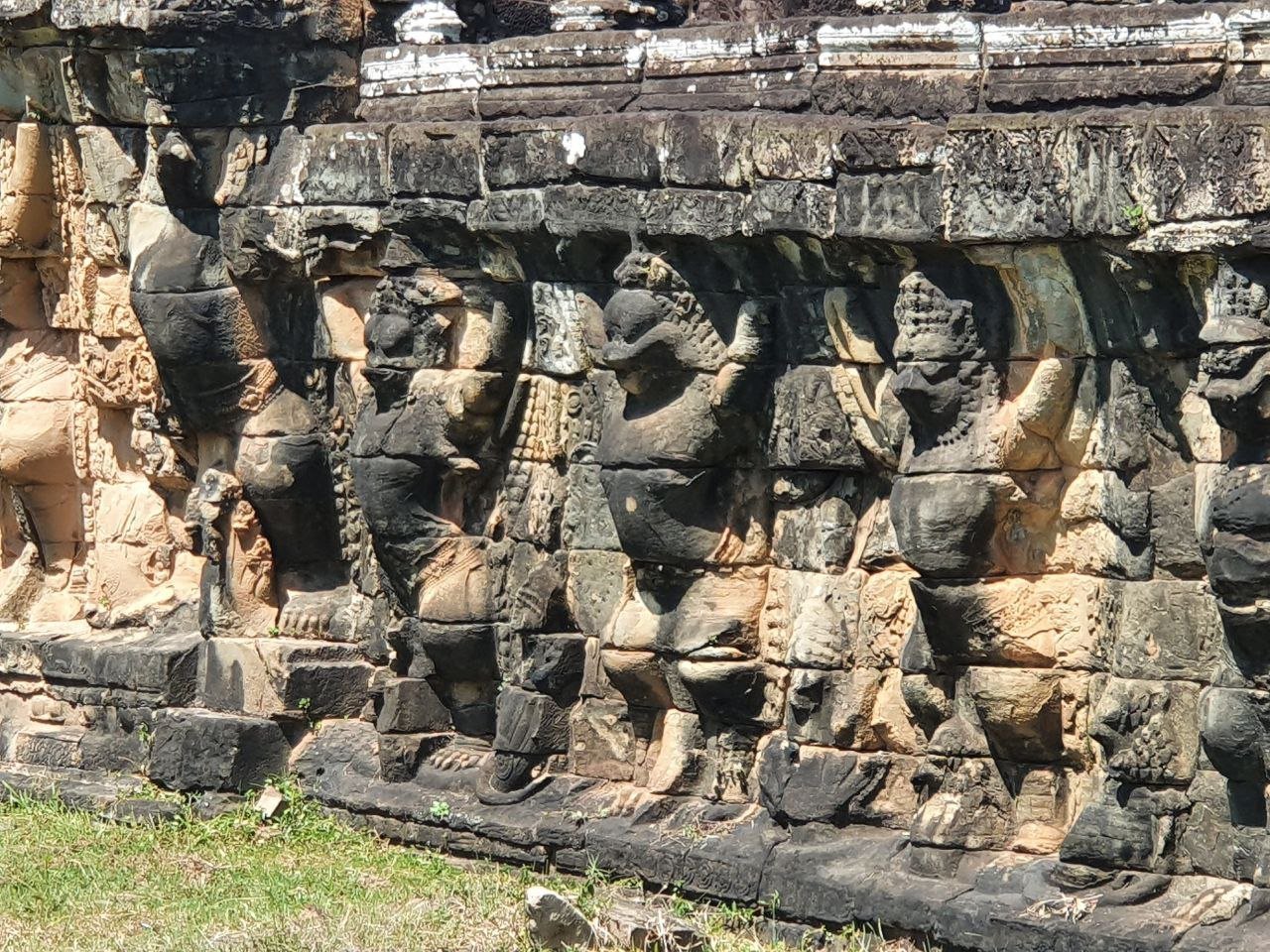 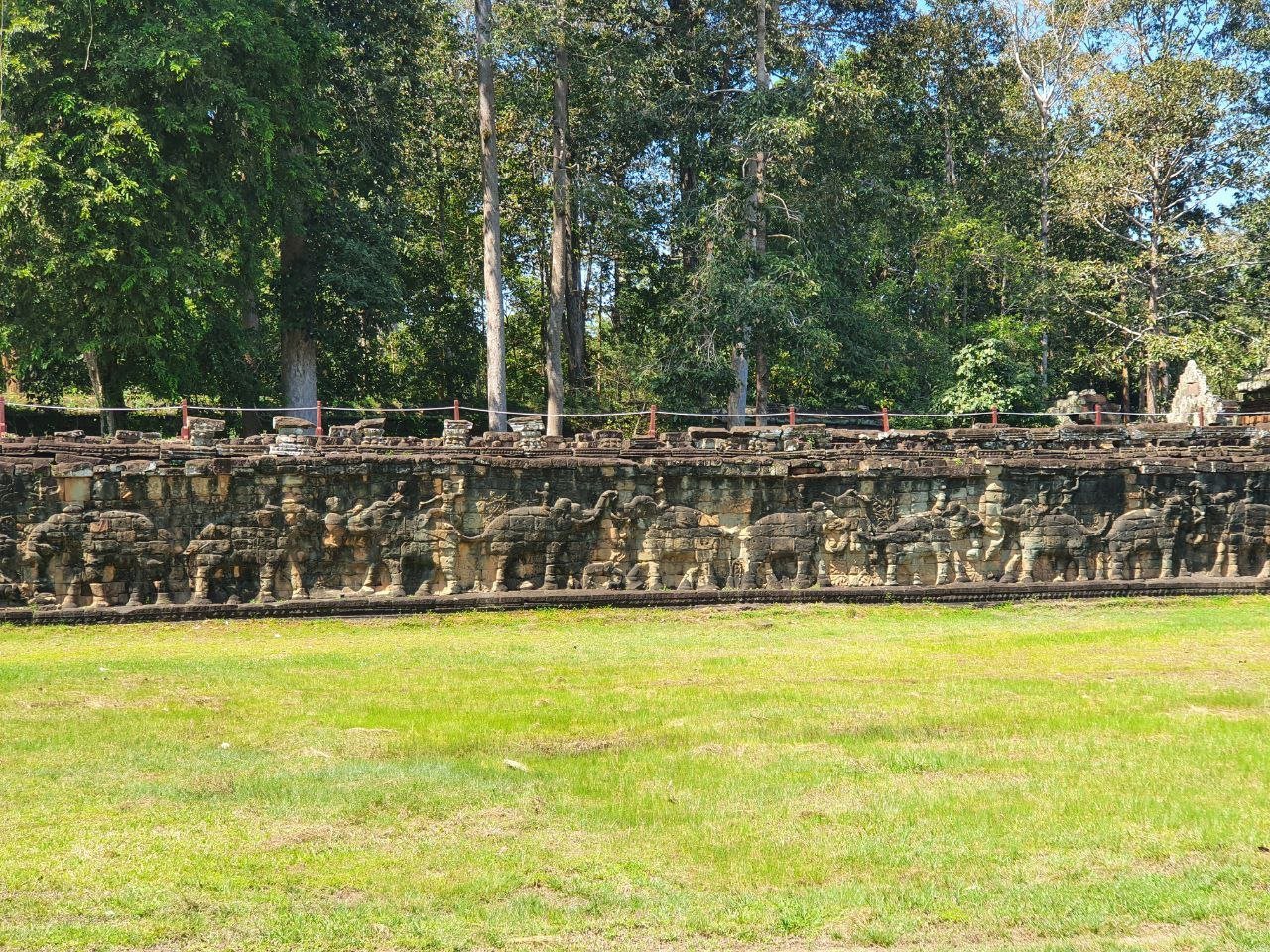