In the early morning, we will depart from your hotel to travel the sightseeing places where is less crowd destination in Preah Vihear province, Cambodia. Koh Ker is the modern name for the most important city of the Khmer empire. According to temple inscription is described as Lingapura (city of lingams) or Chok Gargyar. This ancient capital was under the reign of the King Jayavarman IV and Harshavarman II and was shortly the capital of the whole empire in the 10th century (928-944 AD). In 2004 the protected area was extended to 81 square kilometres, and only about two dozen monuments can be visited by tourists because most of the sanctuaries are hidden in the forest and the whole area is not fully defined. We will travel to the jungle temple Beng Mealea, on the way you will see the real Cambodian life, as a local market, local houses and rice fields. Beng Mealea is the really beautiful temple in the Khmer empire, built in the early of the 12th century by King Suryavarman II. This temple is really amazing because it was not restored yet and vegetation grows out of the temple wall. You will feel look like Indiana Jones experience while exploring this temple, walk on the large wooden walkway to and around the Centre was originally constructed for the filming of Jean-Jacques Annaud’s Two Brothers in 2004. 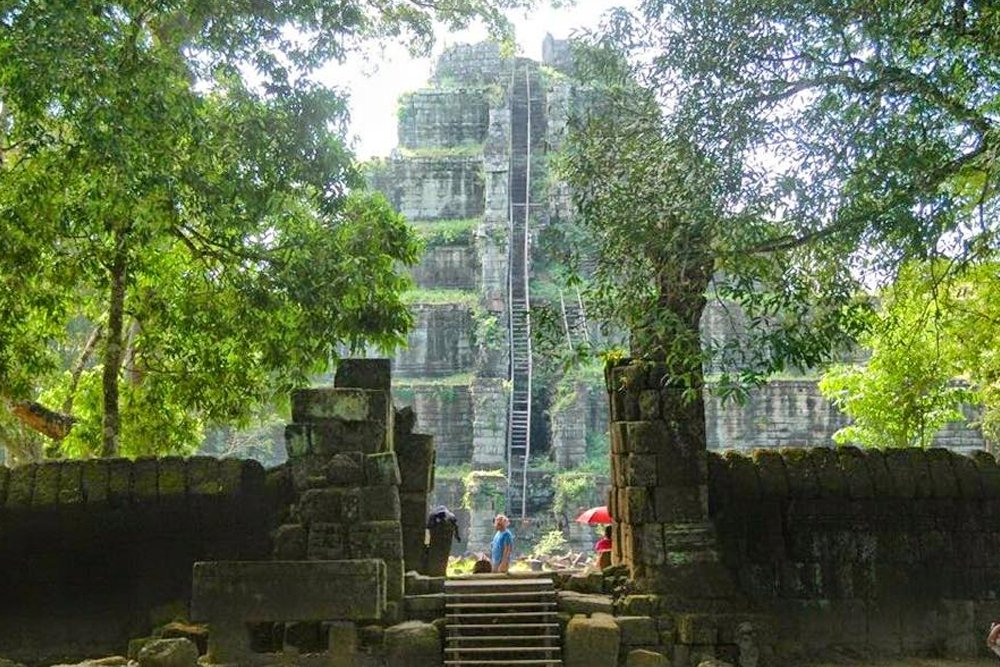 Lekh Puh was our guide for Angor Wat. This is a much better option than going with a group. If you love to photograph ancient sites, Lekh knows the best... read more spots to take a photo. He knows when to go where to avoid the large...More

Our hotel (Viroth's) booked Lekh for us, and we felt incredibly lucky to have such an experienced and patient guide. My friend and I are both Classics professors, so... read more we had a lot of questions about the temple architecture, religion, and culture of the Angkor...More

Best Tourguide in Siem Reap . He know a lot about history and very nice places . If you are in Siem Reap Cambodia booking a tour with him... read more , you will love it .