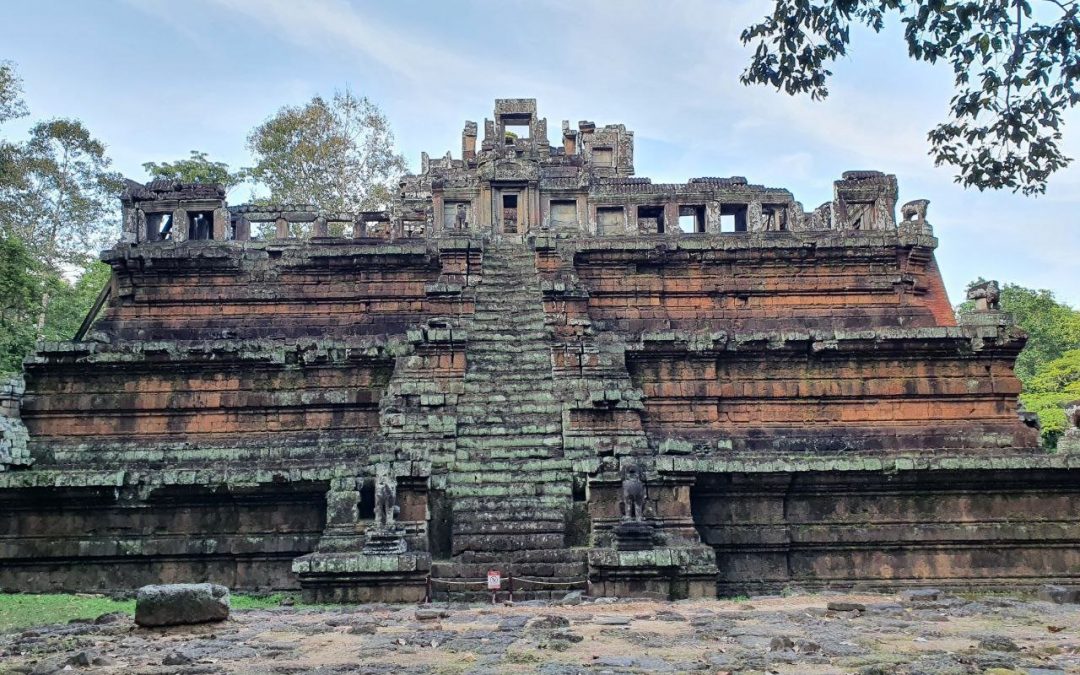 Phimeanakas temple was built at Angkor, Cambodia, is a Hindu temple in the Khleang style, built in the 10th century, was dedicated to Shiva God during the reign of Rajendravarman from 941 to 968, then completed by Suryavarman I in the shape of a three tier pyramid as a Hindu temple. On top of the pyramid there was a tower, while on the edge of top platform there are galleries. Phimeanakas is located inside the walled enclosure of the Royal Palace of Angkor Thom north of Baphuon and west of the elephant terrace. There are two pools on the north of temple and it is the largest pools in the ancient time in Angkor city. Those pools called the women pool and men pool but men pool is smaller than women pool on the west. 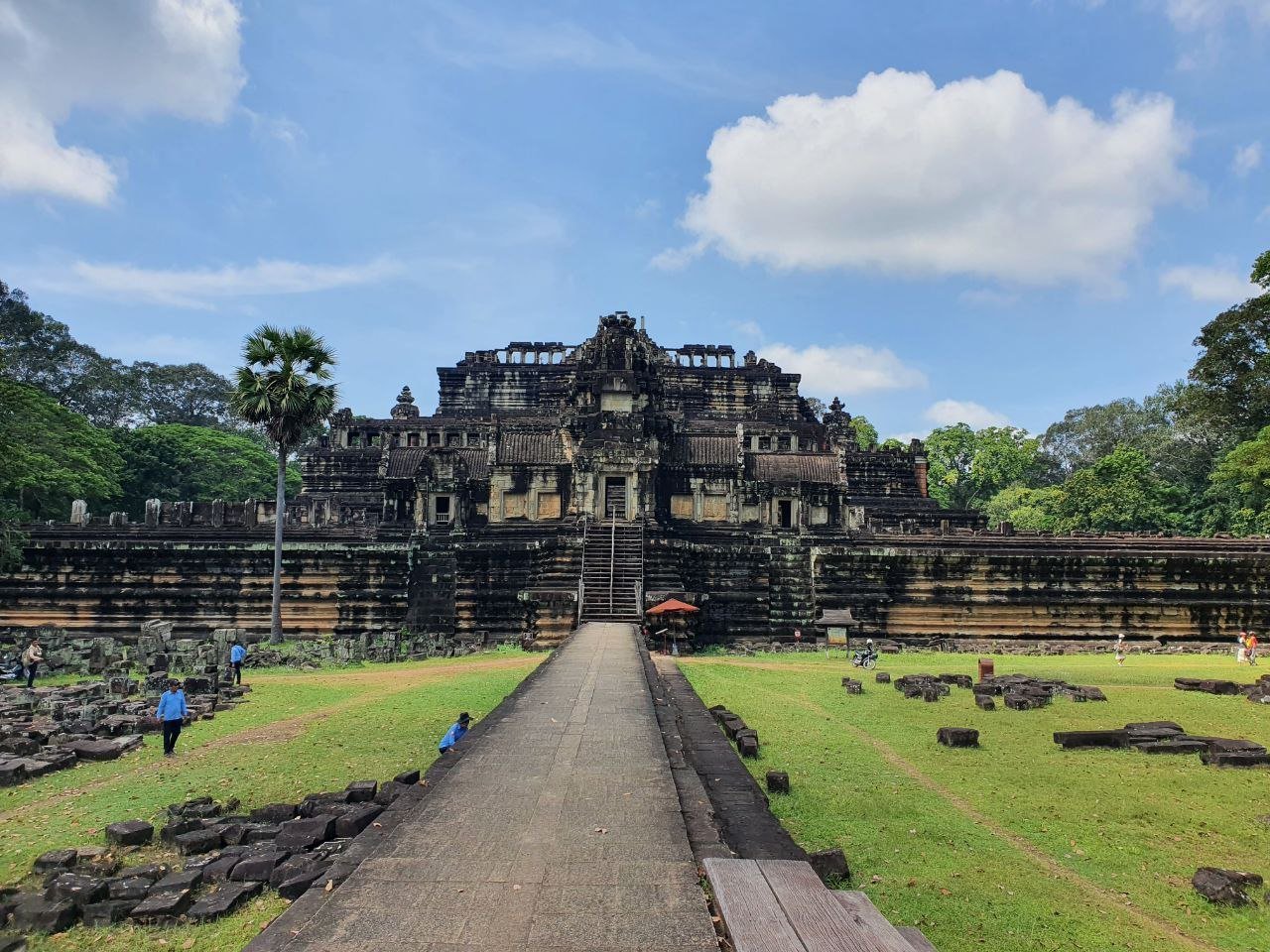