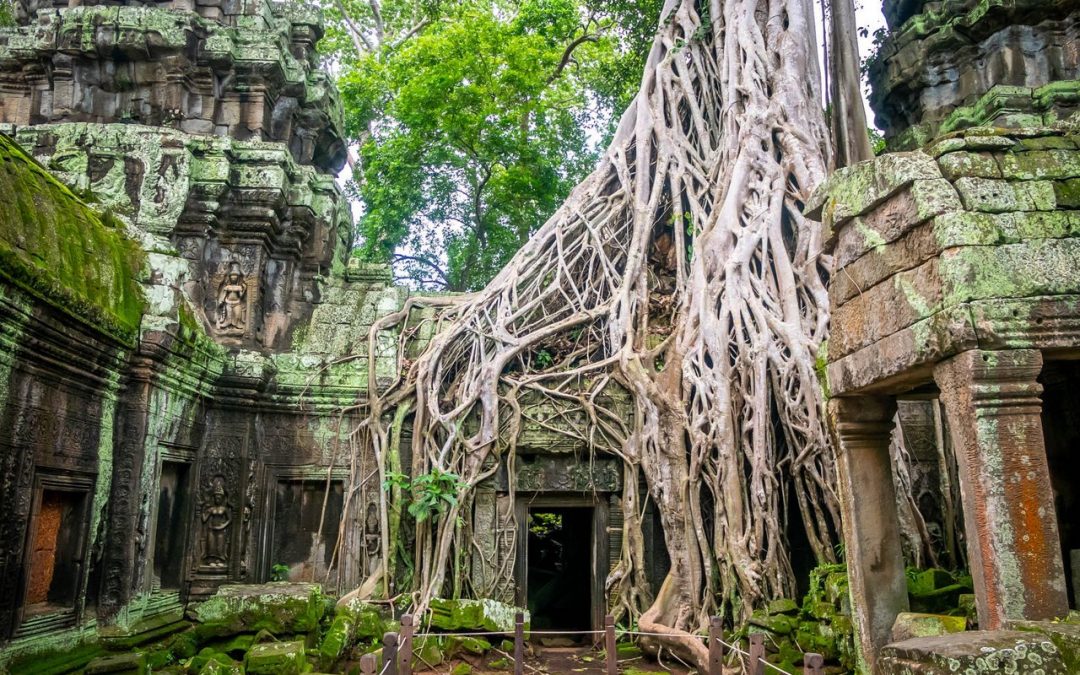 Ta Prohm Temple  was built by king Jayavarman VII in the late 12th century which is most popular temple in Angkor, Cambodia. The trees growing out of the ruins are perhaps the most distinctive feature of Ta Prohm (called Tomb raider or jungle temple) and “have prompted more writers to descriptive excess than any other feature of Angkor. Two species predominate, but sources disagree on their identification: the larger is either the silk-cotton tree. side, beautiful atmosphere in fantastic over-scale, the trunks of the silk-cotton trees soar skywards under a shadowy green canopy, their long spreading skirts trailing the ground and their endless roots coiling more like sneaks. 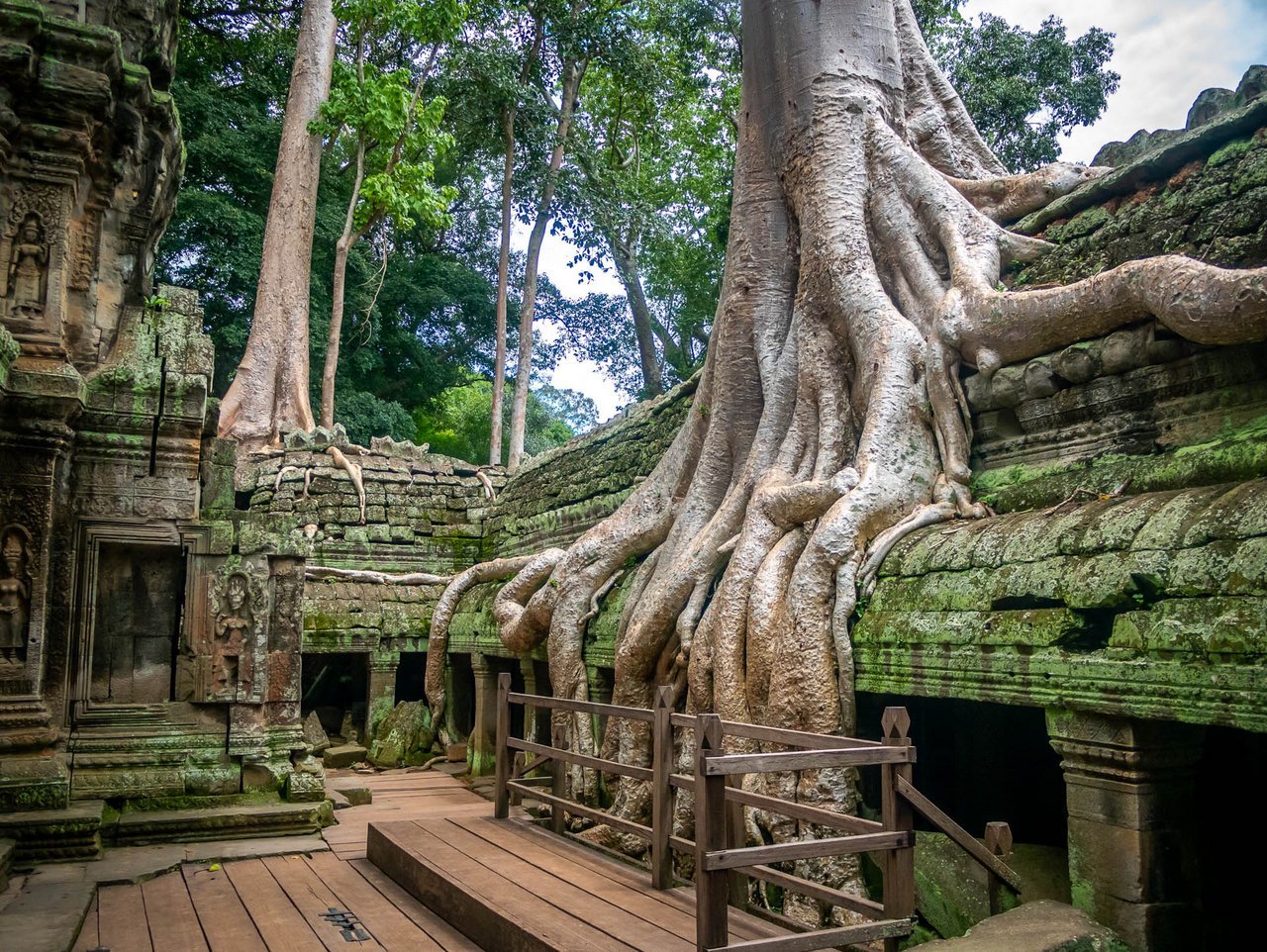 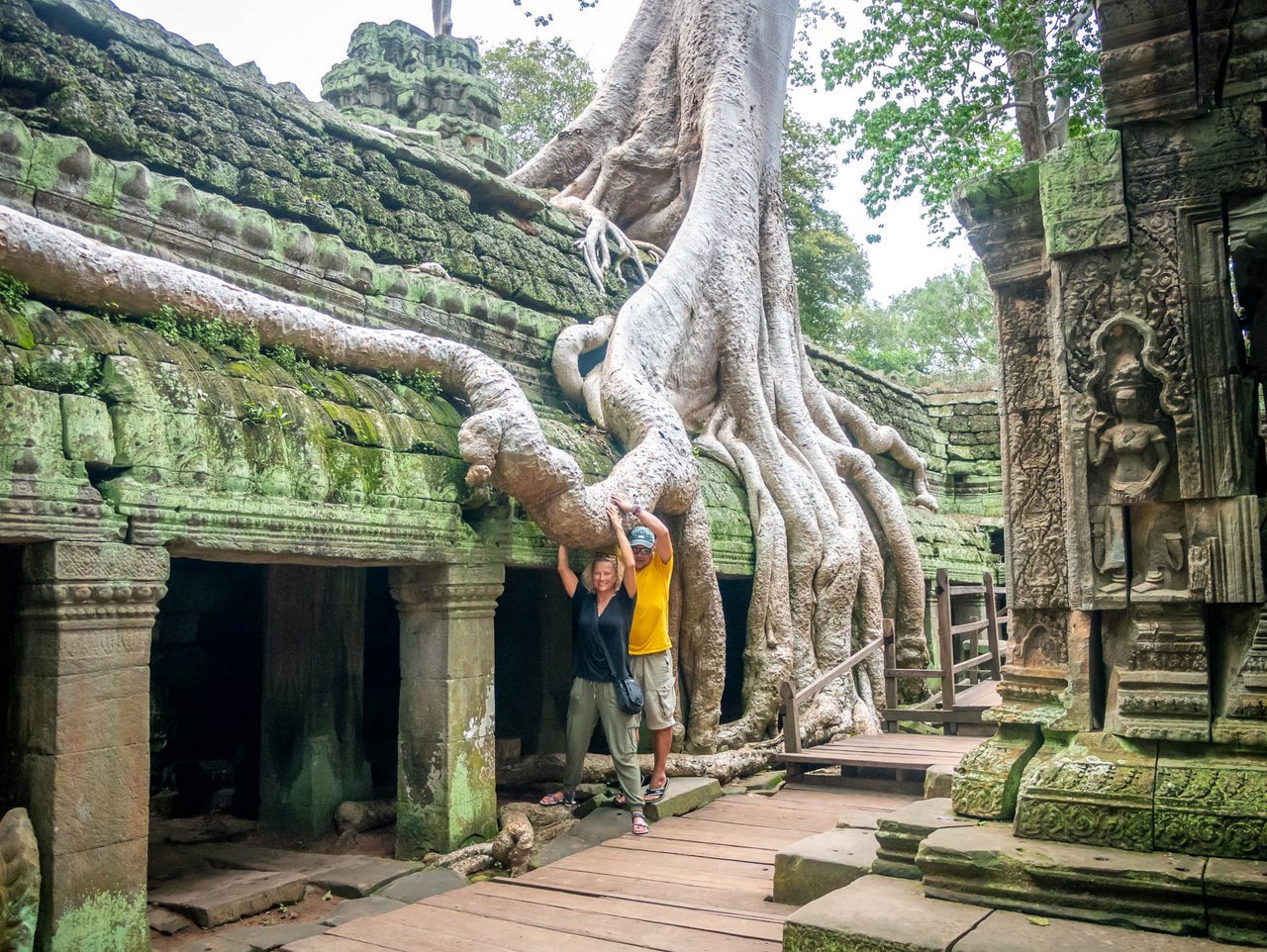