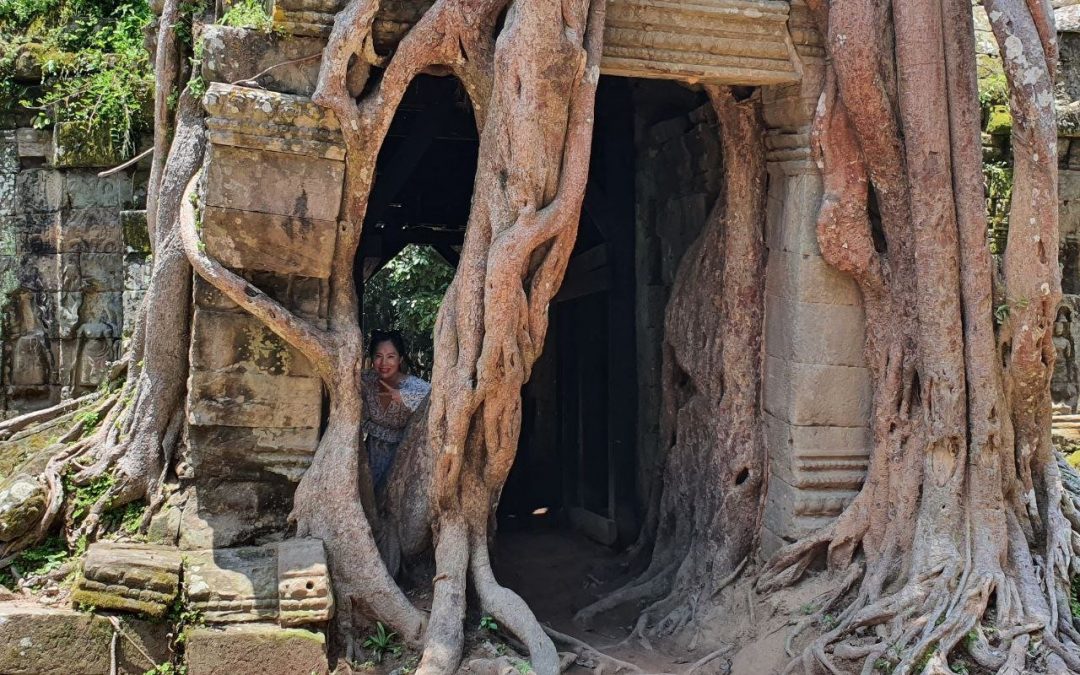 Ta Som Temple is located on the east of Jayatataka reservoir, and it was built by King Jayavaraman VII in the mid 12th century. It is surrounded by a moat and enclosed by three laterite walls which are broken by two sets of gopura (entrance ways). The gopuras are cross-shaped and contain a small room on each side along with windows containing balusters. The main structure of the gopura are carved with four faces in the Bayon temple style. The eastern outer gopura has been overgrown by a sacred fig which has grown down through the blocks that make up the gopura and into the ground. Ta So Temple have been left largely unrestored, with numerous trees and other vegetation growing among the ruins but the world monuments fund has been rebuilt in 1998 to 2012. 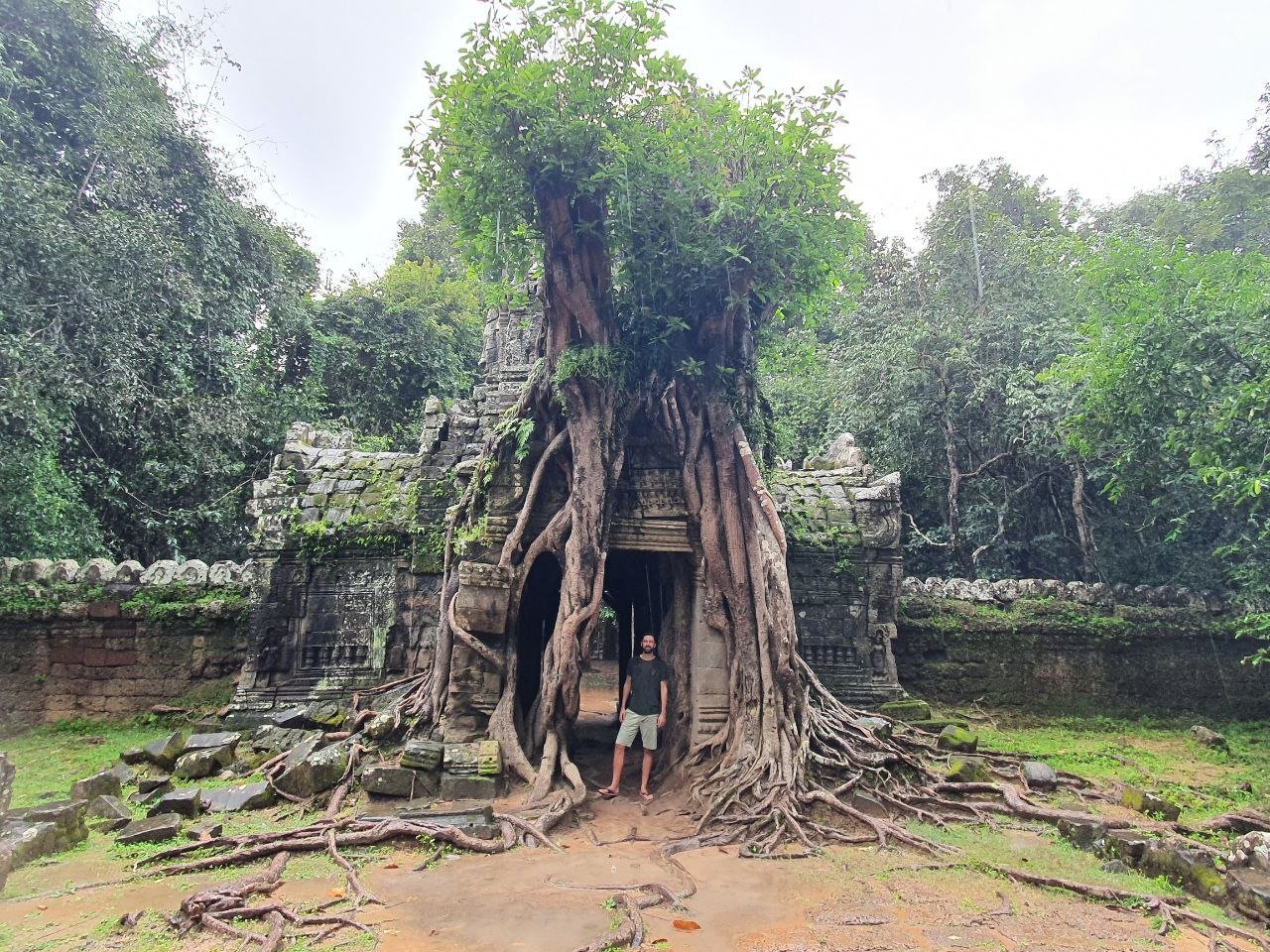 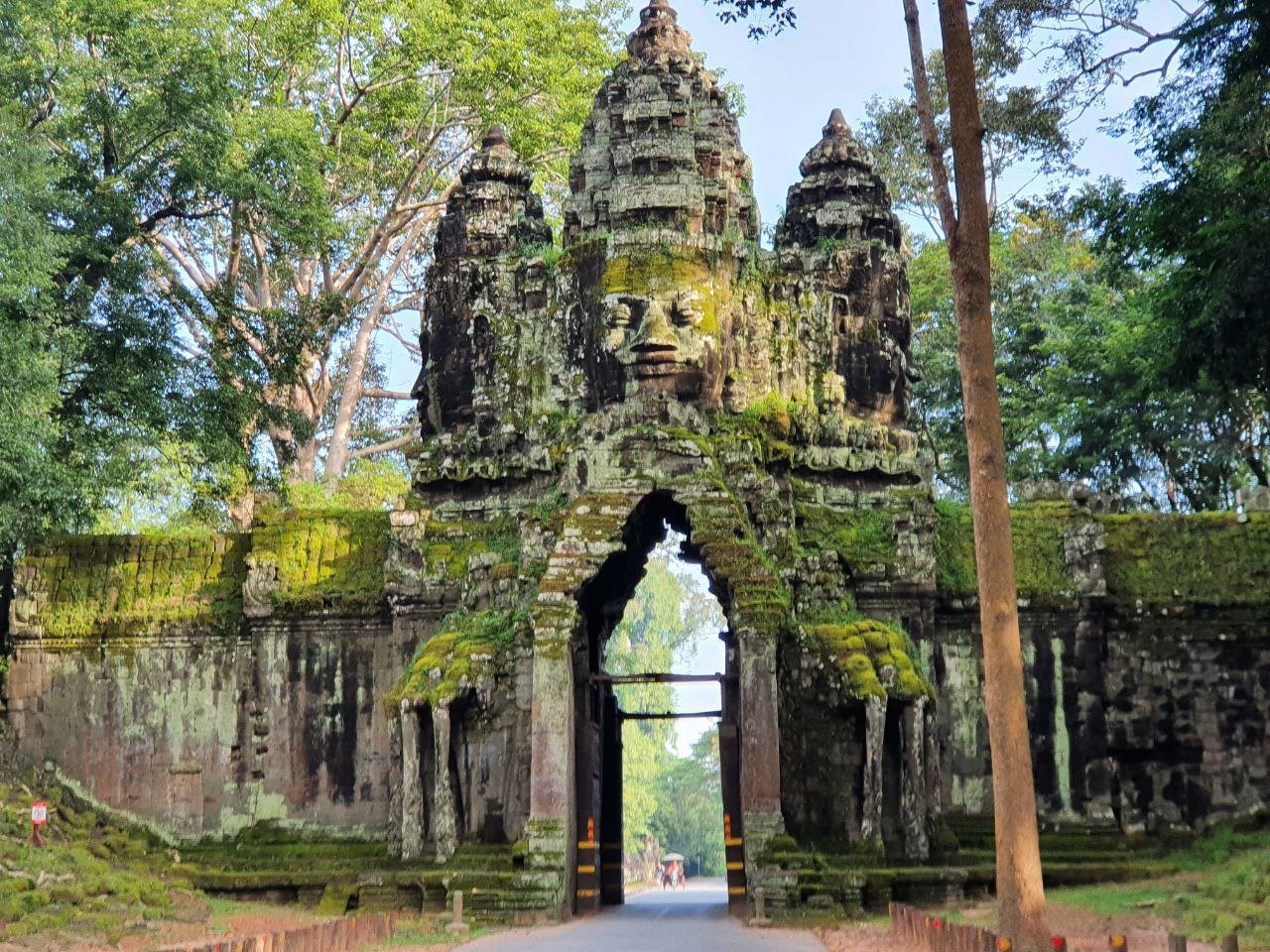