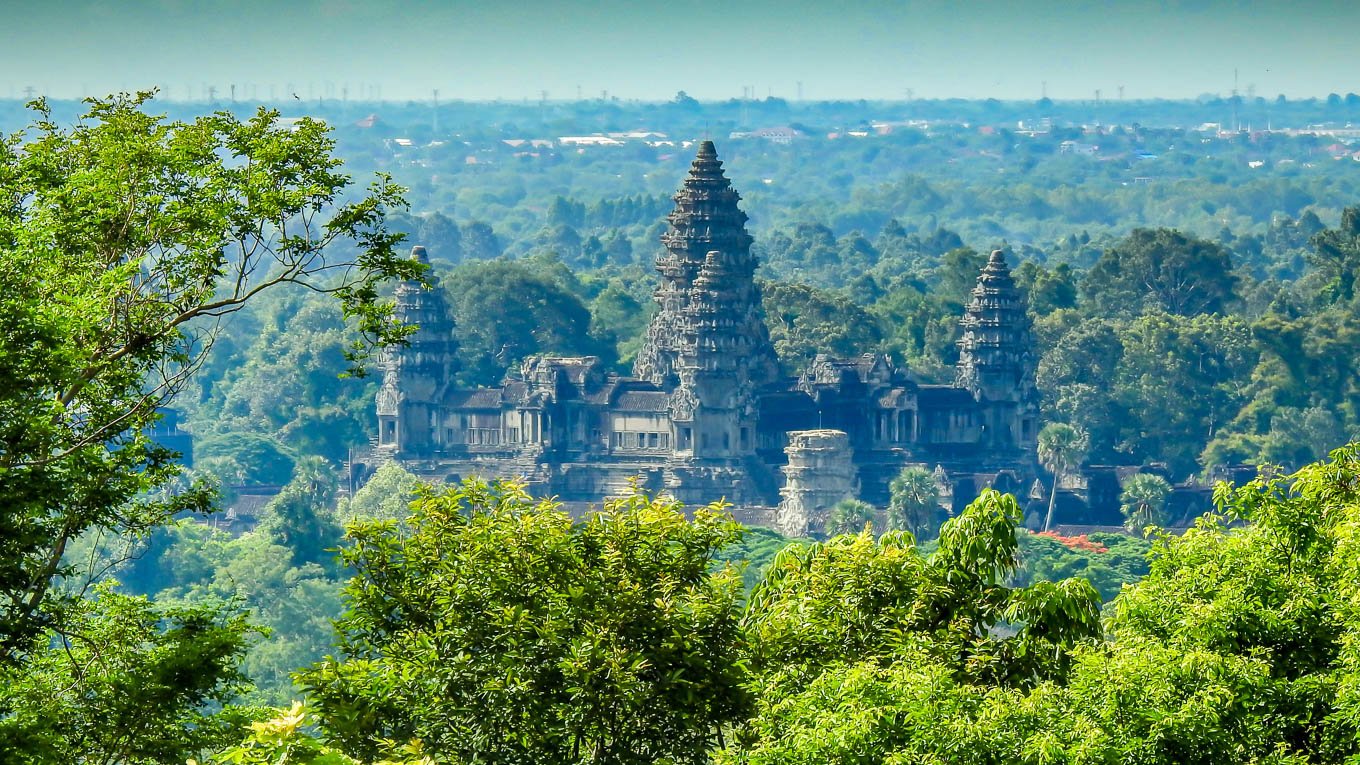 The East Mebon Temple is a 10th Century temple around Angkor Wat, Cambodia. Built during the reign of King Rajendravarman, it stands on what was an artificial island at the center of the now dry East Baray reservoir.[1]: 73–75 [2]: 116

The East Mebon was dedicated to the Hindu god Shiva and honors the parents of the king. Its location reflects Khmer architects’ concern with orientation and cardinal directions. The temple was built on a north–south axis with Rajendravarman’s state temple, Pre Rup, located about 1,200 meters to the south just outside the baray. The East Mebon also lies on an east–west axis with the palace temple Phimeanakas, another creation of Rajendravarman’s reign, located about 6,800 meters due west. 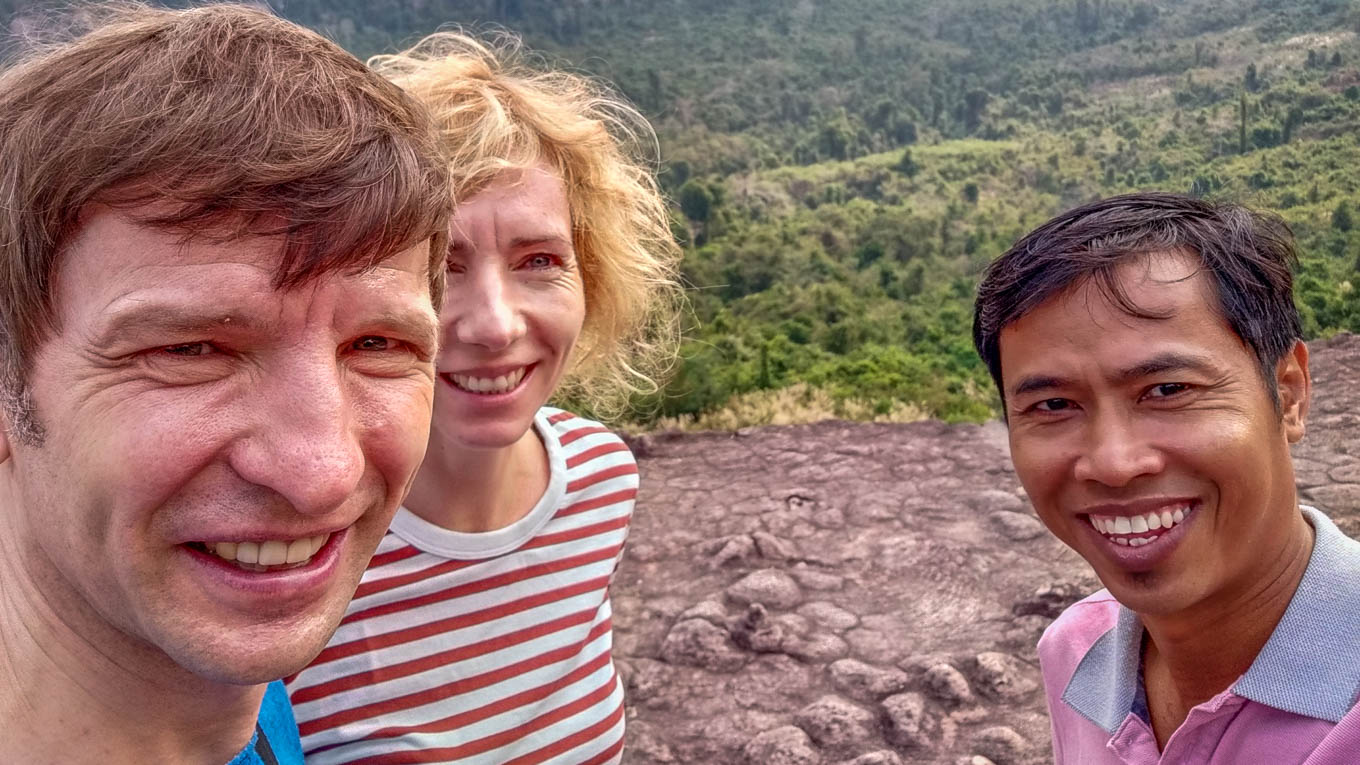 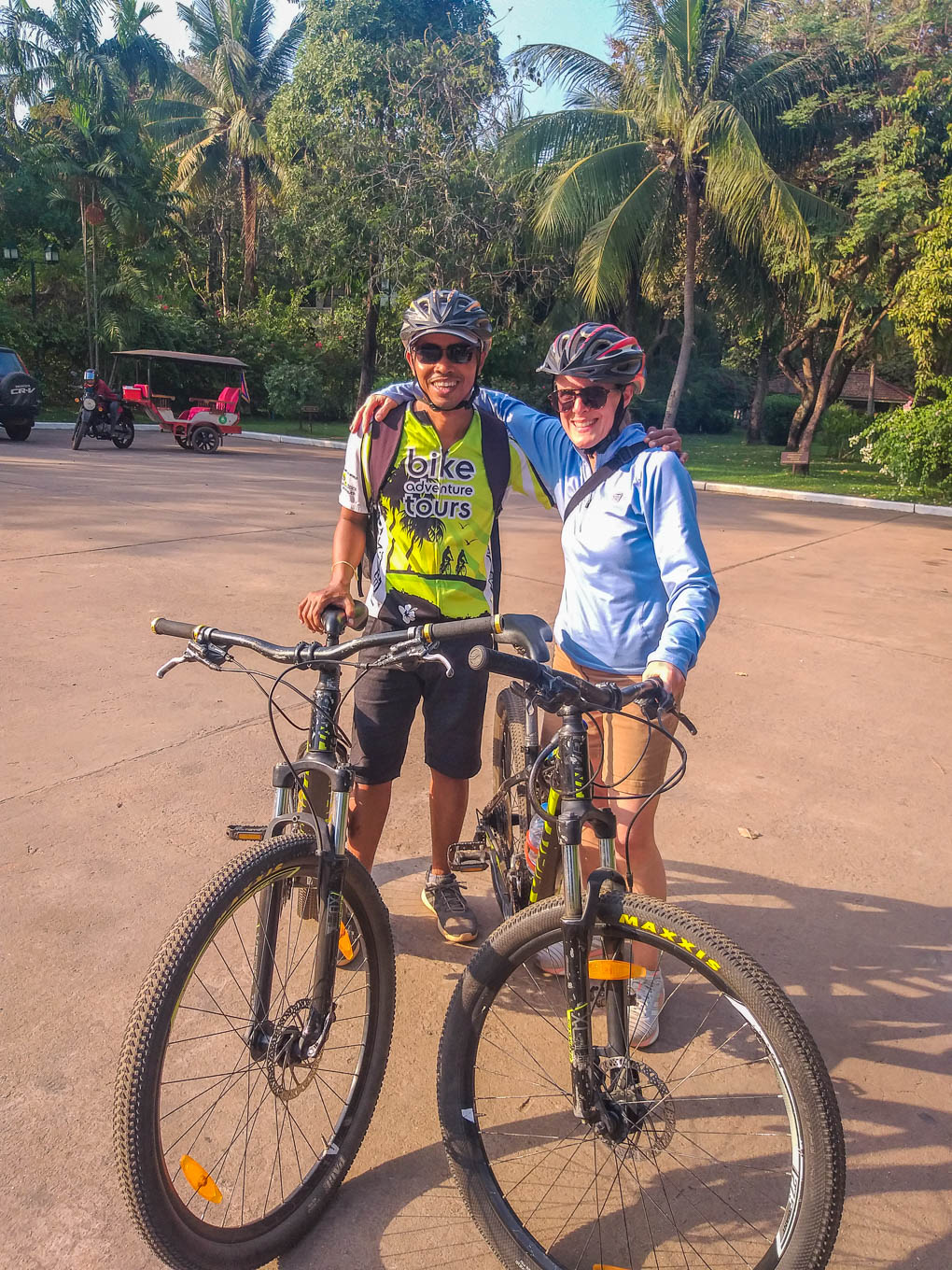